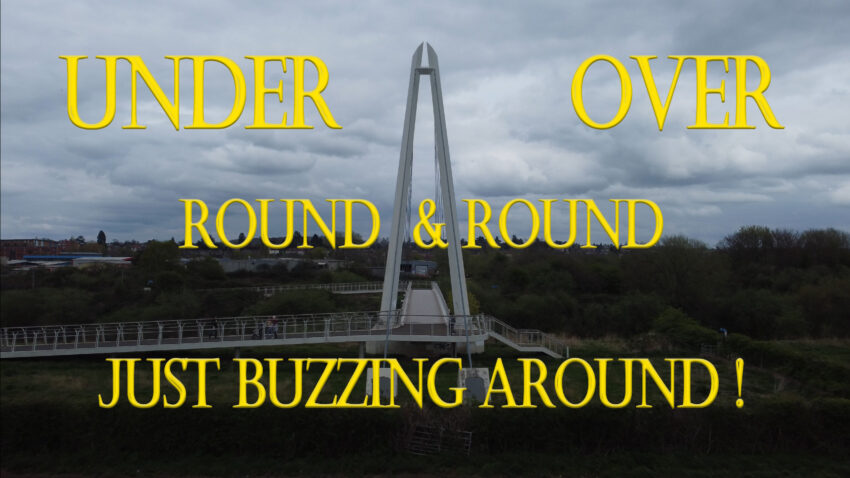 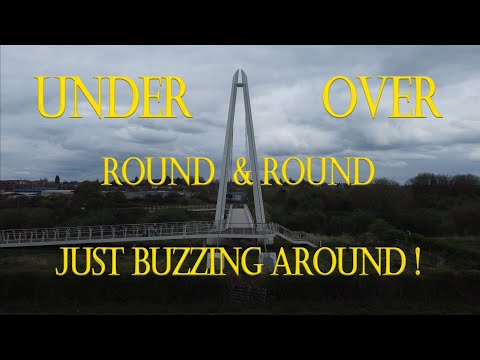 Trying out manual orbits and getting that parallax effect, buzzing around a quiet Diglis bridge, lock and weir on the river Severn.

Diglis Bridge is 66 metres in length and links the marina area with Lower Wick. As part of a £5 million riverside regeneration project aimed at revitalising the Diglis Basin and Marina, Diglis Bridge was opened on the 20th of July 2010 as a new link in the National Cycle Network. It also creates a completely elliptical cycle path between Worcester’s main Sabrina Bridge and the Diglis Locks. At the time of writing, it is the most recent bridge to be built across Britains longest river – The Severn.

Designated as a pedestrian and bicycle bridge it was architecturally designed by YEE Associates and installed by Alun Griffiths Ltd as part of the ‘Sustrans Connect2’ (sustainable Transport) Initiative. The completed bridge is believed to have cost 1.8 million pound to develop and install.

The suspension bridge a-frame pylon tower is 28m in height and is inclined towards the river at a 22.5° angle. It’s believed to be only one of two Bridges worldwide where the cable-stayed tower inclines towards the span of the river – the other one being located in Tasmania.

Diglis Bridge is 66 metres in length and links the marina area with Lower Wick. The decking is made from aluminium planks and the parapets are designed as post-and-wire railings. The width is a minimum of 3.5 metres to allow for cyclists traveling in opposite directs to pass each other with ease. Overall, the bridge weighs about 70 tonnes and clears the river surface by an average of 8.3 metres.

Given its unusual design and scenic setting it has become something of a tourist attraction in its own right. It is particularly popular with photographers as the sun angles directly behind the main pylon during sunset.

This site uses Akismet to reduce spam. Learn how your comment data is processed.